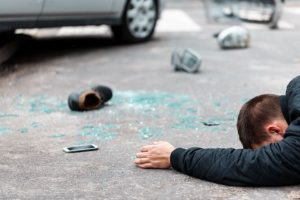 One Dead Five Injured in DUI Crash Near Lake Kaweah

A 2001 Mercedes sedan hit a 2011 GMC Yukon head on around 5:20 p.m. Sunday, September 29, 2019, killing a passenger in the Yukon and sending five—including two children—to a local hospital. According to the California Highway Patrol, the driver of the Mercedes attempted to pass a vehicle going westbound on Highway 198 and entered the eastbound lanes before hitting the Yukon head-on.

Police arrested the 37-year-old driver of the Mercedes on suspicion of driving impaired and say that he had a blood alcohol level of over .20, almost three times the limit. The driver was seriously injured and was also transported to a local hospital.

We are deeply saddened to learn of this terrible crash.

Passing a vehicle on a rural two-lane road is always a risky venture. Well over half of all head-on collision fatalities happen on rural highways, and of those, most occur when a driver is attempting to pass another vehicle.

Passing a car has to be done with caution and vigilance, and when the driver is intoxicated, it’s more likely that he or she will make a mistake and attempt to pass when the road isn’t clear. In a report, the Federal Highway Administration states that 19 percent of drivers live in rural areas, yet over 50 percent of all auto accident fatalities happen on rural highways.

The report also says that alcohol use on rural roads in a significant factor in the high number or rural road fatalities. Centerline drift and passing are two primary causes of fatalities in rural areas, and both are affected by impairment.

When a driver is impaired, it negatively affects his ability to react dangers, make reasoned decisions and keep from being distracted or drowsy. This greatly increased the risk that the driver has in being involved in a number of accident types on rural roads. Some of the most common of these are:

The report from the FHA concludes that rural road fatalities would significantly reduce if the rate of impaired driving is reduced.

After any accident involving a serious injury or fatality in the Central Valley, contact attorney Martin Gasparian for a free consultation and case evaluation. Mr. Gasparian takes a hands-on approach to every case. He believes that every client should work directly with their lawyer, get honest advice and the personalized attention to detail their case deserves.