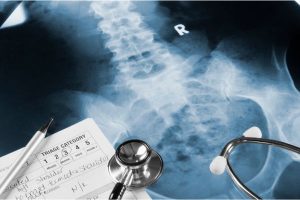 Bakersfield intersections can carry incredible amounts of traffic during the rush hours and the dangers for drivers and passengers can multiply quickly. One driver not paying attention to traffic lights and stopped or slowed traffic has the opportunity to hit several cars at once and cause a devastating crash.

Victims can be severely hurt and suffer traumatic brain injuries, broken bones, organ damage, and other serious ailments. These frightening incidents can leave victims and their families to deal with the difficult consequences of another driver’s mistake.

A woman is in the hospital with major injuries after a multiple-vehicle crash near downtown Bakersfield Tuesday afternoon. KGET-TV reported the accident happened at approximately 5:48 p.m. at the intersection of 21st Street and Union Avenue on November 16, 2021.

The Bakersfield Police Department believes a driver in a Chevy or GMC pick-up caused the crash after speeding into the intersection. The light at the intersection may have been red when the pick-up truck passed several vehicles and then impacted at least one vehicle to cause a chain reaction accident. In all, ten vehicles were involved.

One vehicle was engulfed in flames, but good Samaritans were able to extinguish the flames and pull a female occupant to safety. She was taken to a local hospital and was said to be in critical condition. Another woman was also transported to the hospital with injuries. A few other victims also complained of pain.

The pick-up truck driver fled the scene. The Bakersfield Police Department is asking for anyone that has information about the pick-up or the driver to call them.

Victims in an emergency room or hospital bed may have time to wonder how justice can be served in an accident when a driver chooses to try to escape blame by fleeing the scene.

Fortunately, victims and their families still have ways to receive financial support even if the driver is never identified. When an at-fault driver remains outside the law, crash victims can file a claim for damages against their own car insurance policy. This claim would target the uninsured motorist portion of the policy. If victims don’t have this coverage, they may be protected by another family member’s policy.

This coverage can be called upon to supply financial support to pay for hospital bills now and for any medical care or rehabilitation costs in the future. The claim could also reimburse the victim for lost wages while having to miss work.

If there’s good news and a hit-and-run suspect is arrested, the driver will be facing criminal charges. However, this won’t affect the victim’s ability to file a civil claim and seek support from an at-fault driver’s insurance provider. The criminal and civil cases would proceed separately.

Martin Gasparian, the founder of Maison Law, deals with insurance adjusters and their tactics meant to rob you of support so that you and your family don’t have to worry over their phone calls. He works to secure every benefit available to you and knows how to spot when insurance companies are acting in “bad faith.”

After an accident hurts you or a loved one contact an experienced Bakersfield car accident lawyer such as Martin Gasparian for a free case evaluation. Mr. Gasparian works with victims and their families to make sure those injured find the support they need to help rebuild their lives.