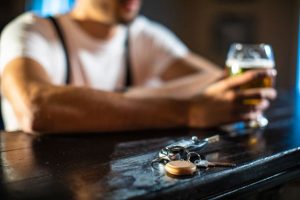 Fresno drivers face dangers anytime they take to the roads. Those working for delivery companies can face even more hazards because of the extended periods they spend behind the wheel.

They see the worst of careless drivers, but they are also at risk to encounter someone trying to drive while impaired by drugs or alcohol. An error caused by their impaired judgment can put other motorists at a high chance of a devastating collision.

Man Critically Injured After Collision with DUI Suspect in Fresno

A man suffered major injuries after his vehicle was hit by a suspected drunk driver in southern Fresno Tuesday evening. KGPE-TV reported the accident occurred near the intersection of Cedar Avenue and Florence Avenue outside the Amazon Distribution Center on November 23, 2021.

Fresno Police were called to the scene around 6 p.m. and found that two cars had collided. An 23-year-old Amazon contract driver was pinned in his car and had to be extracted by firefighters. The victim suffered head injuries and was rushed to the hospital and at last word was in critical condition.

Three passengers in the other vehicle were taken to the hospital with what were believed to be minor injuries. The driver of that car wasn’t injured. Investigators noted that they smelled alcohol on his breath. He was arrested and booked at the Fresno County Jail on charges of Felony DUI and driving while unlicensed.

Support for Victims and Families After a Fresno DUI Accident

Victims of drunk drivers can find themselves in a hospital bed facing a long and difficult recovery. That medical recovery can also be an incredible financial drain on the victim and the victim’s family.

California allows injured victims and family members to file a claim for damages against at-fault drivers and their insurance providers to secure support. This claim can seek full reimbursement for hospital bills now and healthcare in the future. It also asks for help with paying normal cost of living expenses while the victim is out of work.

For drivers who are on the clock when they get injured, it’s possible that a claim against an employer could earn additional financial support. A delivery company might be held accountable for providing unsafe working conditions and not offering employees proper protection from the hazards of the job.

If you or a loved one were the victims of a careless driver, don’t allow an insurance adjuster to determine how much support they should have to provide. They work for the benefit of their companies and want to save money for their shareholders. Your recovery is much more important than their profits.

To make sure your family is protected from the bad faith practices of car insurance providers for drivers and companies, contact an experienced Fresno car accident lawyer such as Martin Gasparian for a free case consultation. Mr. Gasparian works closely with families to earn victims the compensation they’ll need to get back on their feet again physically and financially.