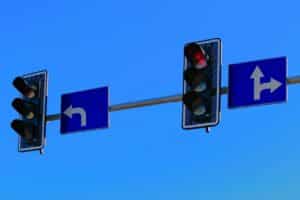 Streets and highways around Fresno can fill up during the afternoon rush hours and even well before prime traffic hours begin. Cars, SUVs, and Trucks can begin streaming through busy intersections to create increased hazards for motorists.

Drivers can allow themselves to become careless, and perhaps distracted, and run red lights, veer out of lanes, and make a turn when they don’t have the right-of-way. Reckless drivers can also put other motorists in harm’s way by traveling too fast through intersections or driving far too aggressively when approaching a crossroads.

These mistakes can cause collisions and put drivers and passengers at risk of serious injuries and leave them facing long, expensive recoveries.

Man Flown To Hospital After Multi-Vehicle Accident in Fresno County

A car crash involving multiple vehicles just north of Fresno sent at least one victim to the hospital Thursday afternoon. YourCentalValley.com reported the accident took place just before 4 p.m. near the intersection of Highway 41 and Avenue 12 in Fresno County on September 16, 2021.

The California Highway Patrol says four vehicles were involved in the collision. A man in one of the vehicles suffered serious lacerations to the head in the impact. He was flown by Skylife Air Ambulance to the hospital.

There was no word on other potential injury victims in the accident. CHP investigators believe speeding was a factor in the collision.

Victims should never have to worry about paying for their hospital care out of their own pockets after an accident caused by the negligence of another motorist. Victims should also be supported while they miss valuable work time recovering from a serious injury.

These expenses and more can be listed in a claim for damages leveled against an at-fault driver’s auto insurance policy. Insurance companies can dispute the facts of a car accident and try to transfer blame to victims. Victims must often battle these “bad faith” practices just to get the compensation they need to pay for their medical recoveries and restore their lives to normal.

After you or a loved one has become the victim of a careless driver, reach out to a Fresno Car Accident Attorney for a free consultation on your best options and to learn about your rights. Insurance companies won’t be telling you about all of the benefits available to you and your family after an accident.

Martin Gasparian, the founder of Maison Law, works to protect victims from the attempts of insurance companies to rob them of the compensation they need. He strives to see that victims receive everything required to help ease their hardships as they rebuild their lives.