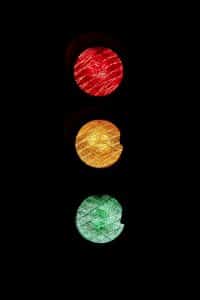 Vehicle Collisions At Intersections On West Avenue In Fresno CA

Intersections are designed to halt traffic in one or more directions to allow for the safe travel of vehicles traveling in other directions. The set-up works smoothly until one or more drivers proceeds without the right-of-way.

A careless or reckless driver can suddenly be a giant obstacle in front of the flow of traffic. If a driver obeying traffic laws doesn’t spot this unexpected maneuver a crash may be unavoidable. The victims can suffer severe injuries and be forced to complete a difficult medical recovery.

Two Vehicle Collision in Fresno Sends Two to the Hospital

Two victims were rushed to the hospital after two cars collided on Wednesday afternoon in central Fresno. The Fresno Bee confirmed the accident happened at the intersection of Griffith Way and West Avenue on June 30, 2021.

The Fresno Police say the crash occurred around 3:35 p.m. as a silver car was traveling east on Griffith Way. The driver started a left turn onto West Avenue when the car collided with a southbound black Audi sedan.

The Audi suffered substantial front-end damage and the silver vehicle had extensive damage on the driver’s side of the car. Police believe the collision was caused by the driver of the Audi running a red light.

Victims of devastating car collisions can be in the middle of a prolonged recovery process when hospital bills and monthly expenses suddenly come due. These expenses can arrive as another week of missed work leaves a patient without a paycheck.

With victims seemingly getting targeted in every direction they turn, a claim for damages can be brought against a car insurance company representing the at-fault driver. This claim can be counted on to seek help with damages such as the medical expenses already built up and the hospital care expected to be necessary in the future.

Every payday missed while an injury has kept a victim out of work should also be the responsibility of an insurance provider. These and other hardships faced by the victim should factor into any insurance settlement.

After an accident involving a serious injury don’t let an insurance adjuster determine what you should receive in compensation. Only you know the hardships you’ve been forced to endure and those hardships could be far from over. All potential costs should be the responsibility of an insurance company.

Contact an experienced Fresno car accident lawyer such as Martin Gasparian for a free consultation and case evaluation. Mr. Gasparian takes a hands-on approach to every case. He believes that clients should work directly with their lawyers and get honest advice and the personalized attention to detail their case deserves.