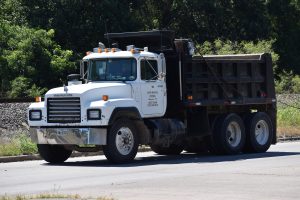 So many different types of vehicles use Santa Barbara County roads, but it’s the largest trucks that can often cause the most devastating accidents. Big-rigs, delivery vehicles, and farming trucks take up a large share of the lanes and they can often be traveling too fast for the loads they carry.

Heavy loads are difficult to control at high rates of speed. They can also require much longer distances to bring to a full stop. Slowing down for another vehicle or an obstacle in the road could prove impossible if a careless or reckless truck driver fails to spot another vehicle in time.

Three Injured After Big-Rig Collides with Car Near Santa Maria

Three females in a Toyota Prius were hurt after a crash involving a gravel truck just east of Santa Maria on Friday morning. The Santa Maria Times reported the accident occurred near the intersection of Telephone Road and East Betteravia Road in Santa Barbara County on April 30, 2021.

The California Highway Patrol said the Big-Rig hauling gravel struck the Prius’ driver’s side front door causing major damage. The woman driving the car and two female passengers had to be extricated from the wreckage. They were transported to the hospital with moderate injuries.

The male driver of the big-rig didn’t report any injuries. The cause of the crash was under investigation. The CHP says the roads involved are known for heavy agricultural traffic.

Victims who suffer serious injuries in car accidents might face thousands of dollars in ambulance fees and hospital care bills. That care may also be necessary for weeks or months down the road. Not every injury is healed after a quick trip to the emergency room.

Injuries like a broken bone or a traumatic brain injury can require physical therapy, follow-up surgeries, and they may even cause victims to miss significant time at work. Drivers and passengers hurt in collisions should seek legal counsel after an accident. In cases involving significant injuries filing a claim for damages may be the only way to make sure an insurance company pays for every medical bill that arrives in the mailbox.

An accident case involving a professional truck driver could become even more complex because the trucking or agricultural company they work for may also share in the liability for the accident. This can mean several insurance companies and policies should be called upon by the victim.

A local, experienced attorney will determine every party that should be held accountable in your case and how much your injury is worth. Don’t let an insurance company determine the amount of support you get. Let them know that every physical and financial cost you’ve suffered is expected to be covered in full.

Contact an experienced Santa Maria truck accident lawyer such as Martin Gasparian for a free consultation and case evaluation. Mr. Gasparian takes a hands-on approach to every case. He believes that clients should work directly with their lawyer, get honest advice, and the personalized attention to detail their case deserves.