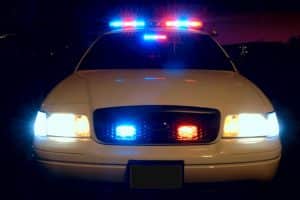 Bakersfield streets can be dangerous enough during daylight and rush hours, but they can also carry plenty of hazards overnight. When the sun has gone down it becomes apparent how much of the city isn’t lit by enough street lights.  The carelessness some drivers show is only magnified with visibility reduced and can lead to scary collisions.

In 2020, Bakersfield recorded 1,462 traffic accidents overall. Almost 40% of those collisions occurred at dusk or dawn or at night. Those nighttime accidents left 826 victims injured and led to a heartbreaking 34 deaths.

Two collisions in Bakersfield early Tuesday morning resulted in serious injuries and one tragic fatality. KGET-TV reported the first accident occurred in central Bakersfield around 3:45 a.m. on 24th and Eye Streets on April 20, 2021.

The crash involved a white Chevy truck and a car. The impact left the car on its side and the truck with major front-end damage.  Bakersfield Police say one person was taken to the hospital with moderate injuries. The cause of the crash has not been released.

A few minutes later in northwest Bakersfield, a frightening accident left a vehicle in flames. Investigators say a male driver failed to stop for a red light and collided with another car. One of the vehicles involved caught fire and the person inside was declared dead at the scene. The other driver suffered injuries and was transported to the hospital.

The Bakersfield Police Department asks that anyone with information about these accidents call them.

Finding Assistance for Victims And Families After Bakersfield Accidents

When tragic accidents claim precious lives the families left behind immediately become victims as well. They will be forced to carry on the memory of fallen loved ones over an accident that wasn’t their fault. The family might also have to safeguard remaining members from financial harm in the months and years to come.

The death of a loved one can leave behind funeral and burial costs, emergency responder fees, all while the financial support the deceased had always provided is suddenly taken away. Close relatives like a spouse or domestic partner, children of the victim, or parents of the victim are permitted to file a wrongful death claim against the at-fault driver’s insurance provider.

This claim can make sure an insurance company is held accountable and supports the family through immediate bills and also assists them in the years to come to avoid further financial hardship.

Surviving victims in accidents can also ensure they don’t foot the medical bills from an accident that was another driver’s fault. A claim for damages can insist that insurance agents cover every cost of recovery now and any care required in the years to come.

After an accident involving a serious injury or the loss of a loved one, contact an experienced Bakersfield car accident lawyer such as Martin Gasparian for a free case evaluation. Mr. Gasparian works with victims and their families to make sure those injured and those dealing with a tragic loss find the support they need to help rebuild their lives.