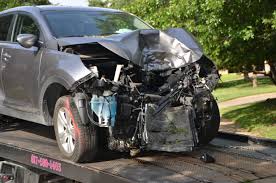 Driving in San Luis Obispo County can be hazardous when other drivers make careless or even reckless decisions. A driver with impaired judgment can enter a roadway in the wrong direction and catch every other motorist by complete surprise.

Wrong-way drivers cause accidents with extreme consequences because the collisions usually involve head-on impacts that do more damage than any other type of collision.

One Person Killed in Wrong-Way Accident In Nipomo

A man was killed and three others were injured after a wrong-way driver accident Saturday night in Nipomo. KSBY-TV reported the accident happened around 11:15 p.m. on Highway 101 on March 27, 2021.

The California Highway Patrol says a 24-year-old man from Santa Maria driving a Chevy Tahoe entered the highway in the wrong direction from the West Tefft Street off-ramp. While traveling south in the northbound lanes the Tahoe crashed head-on with a Honda CR-V driven by a 44-year-old man from San Jose. The Honda overturned to land on its roof.

The driver of the Honda and a female passenger suffered major injuries and were transported to Marian Regional Medical Center. A male passenger in the Tahoe was also rushed to the hospital but later passed away from his injuries.

Investigators say the 24-year-old driver of the Tahoe suffered minor injuries and ran from the scene but was found later with the help of a CHP Helicopter. The CHP arrested him on suspicion of felony DUI and felony hit-and-run.

Wrongway drivers can cause devastating collisions that leave victims with severe injuries and families having to cope with the loss of a loved one. The frustration for those left behind will be difficult to accept especially if an at-fault driver chose to use drugs or alcohol and get behind the wheel.

In such tragic cases, families are allowed to file a wrongful death claim against the responsible driver’s insurance company. This civil lawsuit would proceed separately from any criminal trial the driver may be facing.  A wrongful death claim can ask for support to help the family pay for funeral costs and ambulance fees. It can also seek compensation to replace the guidance and financial support the deceased would have provided a spouse, children, and other family members in the years to come.

For those injured in an accident, filing a claim for damages after getting seriously hurt can be the best way to ensure recovery bills don’t become the responsibility of the victim. A claim can help hold insurance companies responsible for hospital bills, lost paychecks at work, and many other hardships.

After an accident involving a serious injury or the loss of a loved one, contact a Santa Maria car accident lawyer such as Martin Gasparian for a free and confidential case evaluation. Mr. Gasparian works with victims and their families to make sure they know their rights after accidents. He also works hard to give victims time to heal and families time to grieve without the worry of financial ruin after an accident.