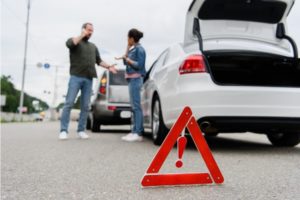 The daily routes for Kings County residents may take drivers from Corcoran up to Hanford and back, or perhaps from Lemoore over to hit the West Side Freeway. No matter where you go there will always be plenty of motorists traveling alongside you and that can mean plenty of chances for dangerous accidents.

Distracted drivers can be swiping on their phones or daydreaming about the weekend when they are suddenly veering into your lane or directly in your path. The outcome can be a terrible accident that leaves painful injuries for drivers and passengers. Kings County is no stranger to these frightening collisions. In fact, they occur every day across the region and leave many victims in their wake left to try to heal and rebuild their lives.

Kings County has just over 150,000 people living inside its borders and its population ranks almost exactly in the middle when compared to the populations of the other 57 California counties. It’s full of big open spaces, but, unfortunately, there’s still a fair share of traffic collisions.

The Transportation Injury Mapping System (TIMS) for the California Highway Patrol tracks these incidents each year. In 2019, there were 571 collisions on Kings County roads and highways. Those accidents resulted in an astounding 826 injuries and accounted for 16 tragic fatalities.

According to investigators, speed contributed to 132 collisions across the county and led to 199 people suffering an injury. Drivers under the influence of alcohol caused 66 collisions in Kings County in 2019, leaving 101 people injured and claiming six lives. These accidents are especially frustrating because they can be prevented by drivers choosing not to drive recklessly or while impaired by drugs or alcohol.

If you or a family member are an accident victim in Hanford, Corcoran, Lemoore, or anywhere else in Kings County make sure you don’t get short-changed on the compensation you and your family may desperately need down the road. A careless driver caused your injury and his or her insurance should be first in line to help protect your physical and financial wellbeing as you recover.

After a collision involving a serious injury, contact an experienced Kings County car accident lawyer such as Martin Gasparian for a free consultation and case evaluation. Mr. Gasparian takes a hands-on approach to every case. He believes that every client should work directly with their lawyer, get honest advice, and personalized attention to detail their case deserves.