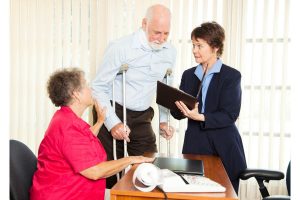 Compensation for Passengers Injured in Car Accidents in Turlock

Home » Compensation for Passengers Injured in Car Accidents in Turlock

After being injured in a motor vehicle accident, a passenger has several options for pursuing compensation for his or her injuries and damages. It might be sought from the driver who caused the accident, including the passenger’s own driver or the driver of another vehicle. If another driver caused an accident, and that driver was uninsured or underinsured, a passenger in the victim’s vehicle might even be able to bring a claim with their driver’s insurance company without any repercussions by that insurer against its insured driver.

An Exception to the Passenger Comparative Fault Rule

The general rule in California is that a passenger cannot be found guilty of comparative fault for an accident. Certain exceptions exist to the rule involving comparative negligence by a passenger in an accident. One would be if the passenger suddenly grabbed the steering wheel of a vehicle and caused it to deviate from its path. Another might be if a passenger suddenly distracted his or her driver. A third exception might be if a passenger knowingly rode with an intoxicated driver. The following case provides some food for thought on the passenger of an intoxicated driver exception.

A 31-year-old driver and his passenger suffered severe injuries earlier this month in Merced County near Turlock at about 4:30 a.m.  The driver failed to stop at a stop sign at Gurr Road and Highway 140 and collided with a Freightliner semi-trailer truck.  The car that the two men were in impacted with the truck between the truck’s gas tank and its rear wheel, causing a fire. The truck’s driver escaped with minor injuries. The driver of the car was cited for driving under the influence.

If a jury found that an injured passenger knowingly and willingly got into a vehicle with a drunk driver, any percentage of negligence attributed to the passenger is then deducted from a gross award. For example, if the passenger is determined to be 20% negligent on a $100,000 award, the passenger’s award is reduced accordingly, and he or she receives $80,000.

In the context of any personal injury claim by the passenger in the Turlock case and the time of the accident, it’s entirely possible that the driver and his passenger were going to work for the day, and the driver was still intoxicated from the night before. It’s also entirely possible that the driver and passenger were on an all-night drunken binge. What’s clear is that fact issues can affect any award that a passenger in an accident might receive. If you were injured as a passenger in a motor vehicle crash, you’ll be in need of a quality and experienced car accident attorney to represent you. Contact our offices as soon as possible after your accident to arrange for a free consultation and case review. We’re going to listen carefully. Based on the specific facts of your case, we’ll tell you how we believe we can be of help to you.