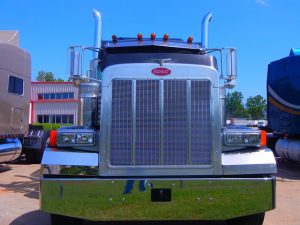 Cars and SUVs travel alongside large trucks and big rigs every time they take to the road. It’s a frightening sight to see these giants in the lane next to you. These trucks can weigh as much as 20 times more than the average car and that extreme weight can lead to devastating consequences in collisions.

Fatal traffic accident numbers for 2019 appear to be on the decline in most categories, except for cases involving large trucks. Transportation Topics reported on the preliminary numbers and found that fatalities involving large trucks appeared to be trending at least 1% higher than previous years. The scary statistics come after accidents with injuries caused by truck collisions saw a 5% increase the year before.

Truck drivers work from behind the wheel and they can become fatigued or distracted like any other driver, but the results of a mistake by these drivers can be much more severe.

One victim was seriously injured after a car crashed into the side of a tanker truck in Fresno Monday morning. FOX26-News reported the accident happened on Olive Avenue at Sunnyside Avenue in Southeast Fresno on October 12, 2020.

The California Highway Patrol says the car slid under the truck’s tanker. The driver was able to get out of the car but firefighters had to cut a male passenger out of the wreckage after he became pinned in.

The victim was taken to the hospital. His condition is not known. Investigators haven’t released what led to the accident.

After any serious accident, victims will eventually have to figure out how to find help paying for expensive medical bills and other costs stemming from the incident.

Injured motorists are allowed to file a claim to try to recover physical, emotional, and financial damages after an accident caused by a negligent driver.

If the accident involves a professional truck driver, this civil lawsuit would be leveled against the driver’s insurance policy and may also involve the company the driver works for.

Employers sometimes try to shift all of the blame for an accident to their drivers but an attorney working for you can often bring up certain factors to force a company to pay you compensation. An attorney can investigate the company’s training and safety records, the at-fault driver’s record, and the condition of the trucks the company maintains.

A strong case can win compensation for the victim to pay for medical bills and cover lost time at work. Victims should not be facing these costs alone after an accident that wasn’t their fault.

If you were seriously hurt in a collision caused by a truck driver, talk to a local attorney about your best path to getting compensation for your pain and suffering. Don’t allow a truck driver and his or her company to ignore your injuries and financial hardships. Let a lawyer in Central Valley determine just how many parties should be taking responsibility for your accident.

After an accident involving a serious injury, contact an experienced Fresno truck accident lawyer such as Martin Gasparian for a free consultation and case evaluation. Mr. Gasparian takes a hands-on approach to every case. He believes that every client should work directly with their lawyer, get honest advice and personalized attention to detail their case deserves.