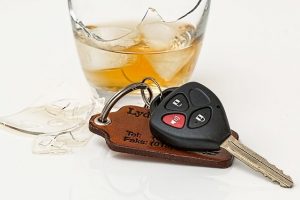 Most people who are arrested in California for driving under the influence of alcohol with a blood alcohol concentration (BAC) of .08 or over are charged with misdemeanors pursuant to CVC 23152(b).  On a first offense, a plea or finding of guilty to the charge is punishable by up to six months in jail, a fine not to exceed $1,000 and a driver’s license suspension of a minimum of 120 days. When injury occurs to somebody other than the driver in a DUI accident, a California DUI charge can be enhanced and charged as a felony pursuant to CVC23153. If the driver of a motor vehicle is under the age of 21 and has a BAC of between .05 and .07, he or she can be found guilty of an offense known as an infraction. Although a conviction for the infraction doesn’t carry a possible jail term, a one-year license suspension applies for a first offense. Anything at .08 or over would be charged as an adult DUI.

Penalties for conviction of a DUI in California are harsh, especially for felony DUI. An 18-year-old driver will be learning that the hard way after causing a single-car accident near Santa Fe and Tulare Avenue in Visalia earlier this week. After colliding with a parked car at a high rate of speed, he crossed the roadway. His car came to rest after hitting a tree. Five passengers were in the Chrysler 300 that the teen was driving. Two were hospitalized with serious injuries, and three were released from the emergency room after being treated. The driver was also treated, but he was released to the Visalia Police Department and charged with felony DUI.

The Civil Case for Damages

Aside from the criminal felony DUI case, five separate civil claims or lawsuits for damages might spin off of the Visalia crash. As California’s criminal courts lack the authority to award personal injury damages, those cases would need to be heard in a Tulare County civil courtroom. The damages sought might consist of the following:

The Burden of Proof

California law allows civil damages cases to be heard at the same time as the felony DUI case, but they’d in a different courtroom with a different judge and jury.  A different burden of proof would also apply. In the felony DUI case, the young man would be required to be proved guilty beyond a reasonable doubt. In any civil lawsuit for damages, he would only need to be proved guilty by a preponderance of the evidence. What that means is that the evidence against him is more likely true than not true. It’s a lower burden of proof than in a criminal case.

If you suffered injuries at the hands of a DUI driver, or if a family member was taken from you by one, contact our offices as soon as possible, and you can arrange for a free consultation and case review. You can tell us what happened and how you and your family have been affected, and we can answer your questions too. After that, we’ll advise you on all of your legal options so that you can make an informed decision on how to proceed. We’re experienced, aggressive but compassionate.