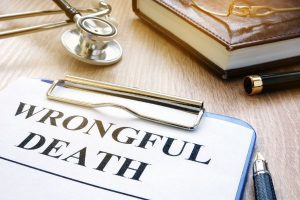 Pedestrians, joggers, and skateboarders crossing any street in California face more risk here than anywhere else in the country. The sad fact is confirmed by California’s Office of Traffic Safety. In a single year, 893 pedestrians lost their lives on California roadways and more than 14,000 victims were injured. Those tragic numbers are more than in any other state.

Those scary statistics lead to tragedy for many victims and the families left behind. A distracted driver can fail to monitor the road in front of them and end up severely injuring a pedestrian or claiming a life. The anguish caused is only magnified when drivers attempt to escape the consequences of their actions by driving away.

A driver was arrested after hitting and killing a skateboarder in Visalia late Thursday night. The Visalia Times Delta reported the accident happened just after 8 pm on Dinuba Boulevard just north of Riggin Avenue on August 27, 2020.

911 callers said a man was hit by a car and was unconscious in the road near Orchard Walk shopping center. Visalia police officers responded and found the victim. They have not released the identity or age of the skateboarder.

The driver responsible did not remain on the scene.  The suspect’s vehicle was found abandoned nearby. A 51-year-old male suspect was later arrested at his home.

Compensation After a Hit-And-Run Accident

The loss of a loved one in an accident will leave relatives and friends devastated. Close family should be left to deal with their grief, but often they’ll be forced to face the consequences that result after such a senseless act.

The driver to blame decided not to stay on the scene to take responsibility for his or her actions.  The family is stuck with hospital bills and funeral costs in an accident that was someone else’s fault.  These bills will arrive when the deceased victim is no longer able to provide emotional and financial support to the family.

A family can seek help with these financial hardships, especially if the suspect is located after the accident.  A relative can file a wrongful death claim on behalf of the family against the driver’s insurance company. The family is usually represented by a spouse or domestic partner of the victim, or the victim’s children, and in some cases the victim’s parents. The family can also allow an attorney to file the wrongful death claim and represent them in the case.

In a hit-and-run case, the suspect will be facing criminal charges in the accident.  The family’s claim for damages will be a civil case and can proceed even if the criminal trial hasn’t taken place yet.

If successful, a wrongful death claim can provide compensation to the family members for things like ambulance fees, hospital bills, lost wages from the victim’s place of work, and funeral costs.  The mental anguish the family endures can also be compensated.  A financial award may be given to the family to make up for the emotional support a spouse or child would have received from the deceased over a lifetime.

If a loved one was lost in a pedestrian accident due to the carelessness of a driver,  let a local attorney help you determine the best path to getting compensation for your family. This tragedy will affect your family’s well-being for years to come and the at-fault driver should be made to pay for hardships now and in the future.

After an accident, contact an experienced Visalia Wrongful Death Lawyer such as Martin Gasparian for a free consultation and case evaluation. Mr. Gasparian takes a hands-on approach to every case. He believes that every client should work directly with their lawyer, get honest advice, and personalized attention to detail their case deserves.