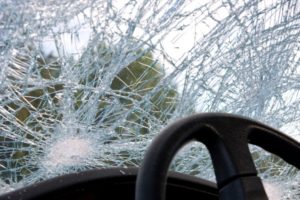 Once a person is ejected from a car, they have only a 22 percent chance of survival, according to a report from the NHTSA. The reason is simply that the victim goes through several impacts that can cause significant trauma to the person.

They suffer the original impact from the accident, then an impact on the window, doorway or some other part of the car, and then the ground outside.

Two people were killed in a crash on Highway 198 just east of Highway 99 in Visalia on Wednesday, June 10, 2020. When police arrived, they found three people on the ground and an overturned vehicle. One victim was walking around and she said she’d been in an accident.

She was taken to a local hospital along with a male. Both are in serious condition. The driver of the vehicle fled the scene and was picked up later by the police. He has been charged with felony leaving the scene of an accident.

Why are Ejections So Deadly?

Aside from the multiple impacts the victim endures, an ejection is deadly because of the type of crash that typically produces an ejection. Most ejections are caused by rollover crashes which causes significant injuries on their own.

The victim is often severely injured inside the vehicle before the ejection occurs. Then the added impacts can cause even more injury and even be fatal. For those who survive, there are certain injuries that are common to ejection crashes, they are:

At Maison Law, we’ve helped victims with all of these types of injuries, and we know how devastating they can be. We have experience going up against insurance companies and can get you the maximum compensation allowed by the law.

If you’ve been injured in a rollover and/or ejection crash, don’t talk to the insurance company or their lawyers before you talk to one of our team members at Maison Law.

After an accident involving a serious injury, speak to an experienced Visalia car accident lawyer such as Martin Gasparian for a free consultation and case evaluation. Mr. Gasparian takes a hands-on approach to every case. He believes that every client should work directly with their lawyer, get honest advice and personalized attention to detail their case deserves.