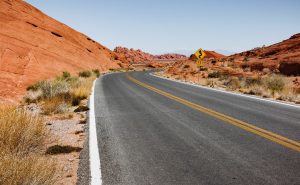 Who’s at Fault When Pedestrian is Struck on Freeway

Home » Who’s at Fault When Pedestrian is Struck on Freeway

Freeways are dangerous places with thousands of people dying every year in freeway accidents. Sometimes the victims are cyclists or pedestrians who have wandered onto the busy freeway lanes. In Calfornia, it’s generally against the law for a pedestrian to be walking on the freeway, except when their car is broken down, then they are allowed to walk to the next exit (CVC 21960).

The California Highway Patrol reports that a 23-year-old man was struck and killed while walking on the 168 Freeway near 168 and Ashlan Avenue. The accident happened around 1:30 a.m. when the driver of an Elantra didn’t see the man and was unable to avoid hitting him.

According to witnesses, the man was dressed in dark clothes, and it was raining out at the time. The CHP was unable to determine if alcohol or drugs played a roll in the accident.

If the law prohibits someone from walking on the freeway, then is it the fault of the person walking on the freeway if they get hit? After all, if they weren’t breaking the law, then they wouldn’t have been hit. While this has a common-sense ring of truth to it, it’s not what the law says.

Under California law, if someone violates the law which contributes to their injuries in an accident, they are not automatically at fault just because they broke the law. The reason for this is that California law requires that a person be found negligent before they owe compensation to those injured in an accident.

To determine negligence, the jury must decide that the actions of the person, when compared to what a reasonably prudent and cautious person would do under the same circumstances, came up short. This means that the person didn’t take the caution and care that the law requires and was thus negligent.

Once negligence is determined, then the negligent person is responsible for the injuries done to the victim. Many times, the jury will apportion blame to each person as a percentage, and then each person owes their percentage of the damages.

After any accident involving a serious injury in the Central Valley, contact attorney Martin Gasparian for a free consultation and case evaluation. Mr. Gasparian takes a hands-on approach to every case. He believes that every client should work directly with their lawyer, get honest advice and personalized attention to detail their case deserves.