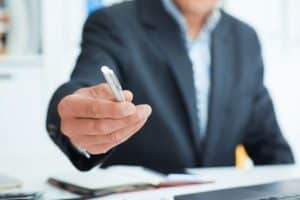 If you live in Merced and are injured by the driver of the car you were riding in, then you need to talk to an attorney about getting compensation for your injuries. In a typical accident, the at-fault driver hits the car you are in and causes your injuries. The driver’s insurance company will pay for your damages so long as that driver was negligent.

However, when the driver of the car you were riding in was at fault, there are issues that can complicate getting compensated.

A driver and three passengers were in a 2006 Ford pickup on East South Bear Creek Drive when their vehicle drove off the road. According to the Merced Sun Star, it rolled over multiple times before coming to a rest on its hood in an orchard. Two passengers suffered from major injuries and another had a less serious injury to the neck.

No other vehicles were involved, and it’s unknown why the driver went off the road and into the orchard. Police have not filed any charges and the accident is still under investigation

Who pays when a Passenger is Injured?

The law says that anyone who injures another person through their negligence is liable for their injuries. In a typical two-car accident, the at-fault driver is responsible for the injuries and damages of the other vehicle. Then the payments for compensation are paid from the insurance policy of the at-fault driver.

What if Driver in Same Car has no Insurance?

Even though California law requires each driver to have insurance, sometimes people drive without being insured anyway. When this happens, the injured passenger can use their own auto insurance, provided they have uninsured/underinsured (UM/UIM) on their policy. The passenger can also use this if their injuries surpass the cap on the driver’s insurance.

In California, the minimum allowed for an auto insurance policy is $15,000 for one person’s bodily injury and $30,000 for two or more. If the injuries go over that, then the injured person’s underinsured provision will cover damages.

What if the Passenger Dies?

If anyone dies as a result of the injuries sustained as a passenger, then the at-fault driver’s insurance will cover damages for a wrongful death as well. In a wrongful death claim, the survivors of the deceased can claim losses that resulted form losing their loved one. It makes no difference which driver was at fault, but that the driver was negligent which caused the death of the victim.

After any accident involving a serious injury in the Central Valley, contact Merced Accident Attorney Martin Gasparian for a free consultation and case evaluation. Mr. Gasparian takes a hands-on approach to every case. He believes that every client should work directly with their lawyer, get honest advice and the personalized attention to detail their case deserves.