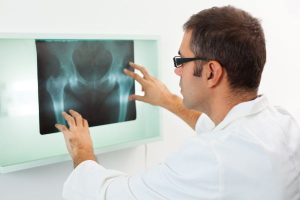 Can Injured Passengers Sue their Driver in Visalia?

Home » Can Injured Passengers Sue their Driver in Visalia?

What happens when a passenger riding in a car is injured and it’s the driver of that car’s fault? We all know that if you get injured because the other driver ran a red light and hit you, then everyone in your car who was injured will be able to get compensation from the at-fault driver.

But can you sue your own driver? It turns out you can. If the driver of the car you are in is the cause of an accident and has an insurance policy, it should cover for any injuries that resulted from his negligence, including passengers in his car. This is a tricky situation as most people do not want to sue their friends or family, however, people have insurance for a reason. Don’t expect that insurer to pay out easily though.

A driver in Visalia hit four cars at an intersection Friday, November 8, 2019, and three people were taken to a local hospital. According to police, the accident happened around 6 p.m. when the driver of a 2018 Nissan Sentra lost control at the intersection of S. Lovers Lane and E. Noble Avenue and struck four cars.

It wasn’t clear why the driver hit the cars and police are still investigating the incident. No charges have been filed at this time.

Although we don’t know what happened in the above case, if all three of the injured were passengers of the driver’s car, then his or her insurance policy should cover their injuries. This is because the policy covers all damages and injures cause by the insured driver.

One issue is whether there is enough coverage to go around for all those injured when there are multiple victims. If the driver of the car is at fault, then it will be his or her insurance policy limit that will come into play. If there are three people injured, then the policy limit must be divided between them based on the severity of each person’s injuries and the amount of financial losses.

However, if any of the injured has their own insurance policy, then they might be able to collect under a policy provision called uninsured and underinsured motorists’ coverage. For example, if one of the three injured has UM/UIM, and their injuries are not fully covered, then the policy should pay for whatever is not covered.

Also, if the driver has no insurance, then anyone injured with UM/UIM a policy provision can collect for their injures and financial losses.

After any accident involving a serious injury, speak to an experienced Visalia car accident lawyer such as Martin Gasparian for a free consultation and case evaluation. Mr. Gasparian takes a hands-on approach to every case. He believes that every client should work directly with their lawyer, get honest advice and the personalized attention to detail their case deserves.