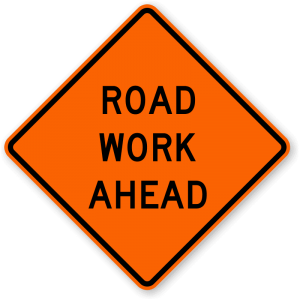 Road work throughout Merced County has caused big traffic delays over the last few weeks. Closures on Highway 140 in both directions caused motorists to take alternate routes. Both directions of Highway 99 from the Fresno and Merced county line to Gurr Road were also affected. According to Caltrans, motorists were experiencing at least four other closures across Merced County. Delays were expected to add 20 minutes to the area that already has some of the nation’s longest commutes.

Accidents and Negligence Per Se

Negligence per se raises another presumption that can be raised when somebody violates a statute or ordinance. A driver who was involved in an accident in a construction zone and pleads guilty or is found guilty of speeding in the zone can be found guilty of negligence per se. Such a finding can operate to satisfy the elements of common law negligence. Damages become the only issue. This presumption is also rebuttable.

Most traffic accidents in or around construction zones happen because of one or more of the following driver behaviors:

In one accident that occurred immediately outside of a Merced construction zone at the peak of 2019’s August road projects, a man was arrested for driving under the influence and felony hit-and-run after northbound traffic ahead of him on Highway 99 slowed down for a construction zone. The man rear-ended the car in front of him which caused it to collide with the vehicle in front of it. The drivers of both of the vehicles ahead of the man were removed from the scene and hospitalized. This crash could be a perfect example of negligence per se.

More This an One Person or Entity Can Be Liable

Although the general statute of limitations for filing a personal injury lawsuit is two years, special and drastically shorter rules exist for purposes of protecting public entities. For example, you might be required to give a governmental entity notice of your intent to sue within six months of the date of your accident. Then, you might only have one year to sue it after it admits or denies liability.

After any accident involving a serious injury, speak to an experienced Merced car accident lawyer such as Martin Gasparian for a free consultation and case evaluation. Mr. Gasparian takes a hands-on approach to every case. He believes that every client should work directly with their lawyer, get honest advice and the personalized attention to detail their case deserves.