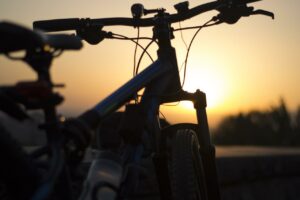 Bicyclists traveling Bakersfield ride at extreme risk when careless and reckless drivers are close by. Any strike suffered by a defenseless rider can cause traumatic and life-threatening injuries.

Injuries can be that much more severe when a thoughtless driver decides to drive away from the scene of a bicycle collision to escape responsibility. This act will leave riders waiting longer to receive vital medical care and could leave the victim in the path of other cars.

A bicyclist was struck and killed while riding in an alley in East Bakersfield Monday morning. KGET-TV reports the accident occurred just north of Pearl Street, near Robinson Street on August 1, 2022.

The California Highway Patrol responded to the scene sometime around 8 a.m. They determined that a man in his 40s had been riding westbound in an alleyway when he was hit by a vehicle. The victim tragically died on the scene.

The driver and vehicle involved did not remain at the scene and the exact time of the accident wasn’t known. Officers have made no arrests in the hit-and-run case. Investigators ask that anyone with information about what happened to call the CHP Bakersfield Office.

Support for Families After a Bakersfield Bicycle Accident

A hit-and-run driver’s irresponsible actions can leave a victim’s family to pay for the many costs that arise after a tragic Bakersfield bicycle accident.

Monetary support may be harder to secure when the driver responsible isn’t apprehended. Yet, families can still earn economic help even if a hit-and-run suspect remains unidentified.

When a suspect isn’t located, families may be able to call upon their own car insurance policy. The victim may have had uninsured motorist coverage that could help out the family financially at such a difficult time. If the victim did not carry car insurance, he or she may have been covered by a family member’s policy.

When a suspect is apprehended, a wrongful death claim is filed against the driver’s auto insurance company. This claim would ask for help with the enormous costs of a funeral. It would also seek to replace the income the victim will no longer provide to the family in the future.

If your loved one were the victim of a hit-and-run driver, don’t allow insurance adjusters to determine how much support your family should receive. They work for their insurance companies and want to save money for their shareholders. Your recovery and your family’s recovery are much more important than their profits.

To make sure your family is protected from an insurance company’s unhelpful practices, contact an experienced Bakersfield Bike Accident Lawyer such as Martin Gasparian for a free case consultation. Mr. Gasparian works closely with families to make sure they receive the support they need through such a difficult period.