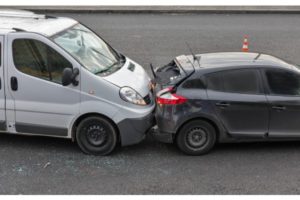 Highway 101 remains a vital lifeline along the California coast, but traffic can reach unsafe levels, especially during the rush hours. A mistake by one driver along crowded lanes can be the start of a chain-reaction accident that draws in multiple other vehicles.

One driver may brake, and another driver may be distracted and fail to slow down in time to avoid a rear-end collision. Suddenly every vehicle approaching from behind is given just seconds to recognize a collision has taken place and come to a stop themselves.

Drivers and passengers can be subjected to the extreme forces caused by collisions between fast-moving vehicles. They can suffer severe injuries and be in need of expensive medical care for weeks or months in the future.

Several vehicles collided in southern Pismo Beach Thursday morning leading to at least one person suffering an injury. CBS12-TV reported the chain-reaction accident occurred in the northbound lanes of Highway 101 at 4th Street on October 7, 2021.

CALFire for San Luis Obispo County says one patient suffered moderate injuries. Information on any other potential victims was not released.

The pile-up led to massive traffic backups on the highway, with stopped vehicles stretching back to Arroyo Grande. The investigation into what caused the accident is underway.

Victims may be shaken up after a collision on a California highway. They should see to their health and recoveries first. But in the days that follow they’ll likely wonder about the enormous costs of medical care and who will pay for it.

For injured motorists who are hurt through no fault of their own, a claim for damages can be filed against responsible drivers to help pay hospital bills and replace lost wages while out of work.

In multi-car crashes, working out just who is to blame can be complex. Relying on the investigative skills and legal knowledge of an experienced attorney can help ensure you aren’t unfairly assigned blame and liability and left to pay for your own recovery.

After an accident involving a serious injury, contact an experienced Pismo Beach car accident lawyer such as Martin Gasparian for a free consultation. Mr. Gasparian works hard to make sure the victims of accidents aren’t taken advantage of by insurance providers. He believes that every client should work directly with their lawyer and get the honest advice and personalized attention to detail their case deserves.