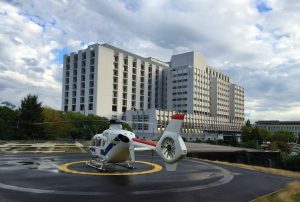 Multi-Vehicle Accidents on Highway 1 Outside of Santa Maria CA

Major highways can narrow to one lane through parts of Santa Barbara County and carry dangerous levels of traffic. Drivers can also be tempted to travel at elevated speeds and leave themselves without much of a chance to recover from a slight mistake.

Distracted and reckless drivers may veer across a double-yellow line without realizing it. A careless driver can be looking somewhere other than the road ahead and miss stopped traffic in front of them until it’s too late.

These errors can send one vehicle out of control and draw other drivers into a chain-reaction crash who happen to be using the same stretch of road. Motorists can suffer severe injuries and be facing major recoveries.

The California Highway Patrol says the accident involved two vehicles and one pickup truck. One vehicle rolled over in the crash and the other vehicle sustained major front-end damage.

Two people suffered serious injuries and one victim had moderate injuries. The victim in need of the most urgent care was transported by ambulance to a helicopter pad and then flown to Cottage Hospital in Santa Barbara. The conditions of the victims have not been released.

The California Highway Patrol hasn’t released the results of their investigation into what led to the crash.

Victims in major traffic accidents can be forced to focus on their physical recoveries and little else as they try to heal. At such a difficult time, the arriving hospital bills and ambulance fees only serve to create more unneeded stress and worry for victims.

In accidents they weren’t to blame for, victims are permitted to file a claim for damages against an at-fault driver’s car insurer. This civil claim asks for support for all medical expenses now and those expected in the weeks and months to come. The claim also seeks to get coverage for the victim’s lost wages while he or she is unable to work.

After an accident involving a serious injury don’t trust insurance companies to provide everything needed in recovery. They can leave you to pay for half or more of your medical bills in an accident you weren’t to blame for.

Contact an experienced Santa Maria car accident lawyer such as Martin Gasparian for a free case evaluation and tips on what to watch out for when dealing with insurance adjusters. Mr. Gasparian works to protect Santa Barbara County injury victims and makes sure they have everything they need to pay for the best care available and to rebuild their lives after an accident.