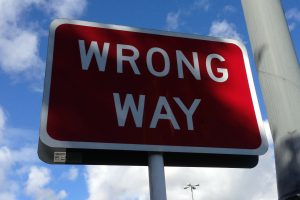 The highways, freeways, and interstates of Santa Clara County carry enough dangers for drivers on a normal day. Those threats only grow when a driver makes an error in judgment and begins to proceed unpredictably.

A wrong-way driver can catch everyone else on the road by complete surprise and cause a devastating collision. AAA finds that the threat to drivers from these types of accidents is on the rise. They recorded 2,008 deaths across the U.S. from wrong-way driving crashes on divided highways between 2015 and 2018. That results in an average of 500 deaths a year. That is up 34% from the 375 deaths annually documented between 2010 and 2014.

The frightening impacts suffered in wrong-way crashes are often head-on collisions which are usually the most damaging for the victims involved. The aftermath of such a crash can leave victims with severe injuries and in the worst cases, cost someone his or her life.

The California Highway Patrol says that a Toyota Corolla was traveling north in the southbound lanes of Highway 101 when it collided head-on with a Toyota Camry. The Camry was then struck by a third car.

Injured victims in wrong-way crashes should be left to begin the healing process, but sadly the financial burdens that arise after accidents can quickly be thrust upon them. The expense of the best medical care available, ambulance transport fees, and rehabilitation will target victims and their families. These bills will likely arrive after the victim has missed weeks of work and hasn’t been paid for lost hours.

During such a physical and financial ordeal, victims or their families are allowed to file a claim for damages against the at-fault driver’s insurance representative. This civil claim would ask for help for the victim paying for all recent medical costs and for any care expected to be required in the months to come. This claim would also seek to recover the money the victim has lost while missing work.

After you or a loved one is made the victim of a serious accident in Santa Clara, contact attorney Martin Gasparian for a free and confidential case evaluation. Mr. Gasparian takes a hands-on approach to every case. He believes that clients and their families should always receive the support they need to pay for a full physical, emotional, and financial recovery.