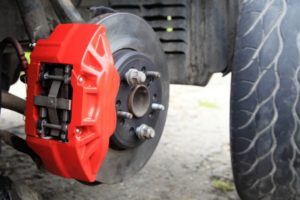 Debris along interstates can do major damage to vehicles and leave crash victims with serious injuries. With the speeds reached on highways in California, drivers can find any sort of object in the lanes tumbling towards them and have little time to react or avoid a collision.

Research by AAA finds that these dangerous accidents involving loose tires, pieces and parts from cars, stuff that falls from trucks, and broken pieces of pavement happen much too often. AAA found that road debris causes an estimated 50,658 accidents resulting in nearly 10,000 injuries and a tragic 125 lives lost each year in the United States.

These accidents can quickly involve multiple vehicles and have devastating results for drivers and their passengers.

Loose Tire Badly Injures Driver on I-80 in Pinole

A woman was left with serious injuries after her vehicle was struck by a loose tire while driving in Pinole Monday afternoon. CBS SF-TV reports the accident happened around 12:40 p.m. along the east and westbound lanes of I-80 near Appian Way on May 31, 2021.

The California Highway Patrol says that a Chevy Tahoe lost its passenger side front tire in traffic. The tire then traveled between both sides of the highway to strike four vehicles. A Kia SUV took damage on the roof and the windshield. The woman driving was taken to Highland Hospital in Oakland in critical condition.

The CHP continues to investigate why the tire came loose. They have not announced if anyone will be facing charges in the incident.

Help for Victims After Interstate Accidents in Pinole

Accidents involving dangerous road debris are often thought of as “freak accidents.” But in police reports and insurance claims, there really aren’t any “freak accidents.” There is almost always someone found at fault for such frightening collisions. Something falling from the back of a truck and causing a collision can leave the truck’s driver negligent for not securing a load properly.

A lost tire or car part suddenly in the road may be traced to a car owner not properly keeping up with car maintenance. It could be an auto repair company that’s assigned blame for not installing the tire or part properly. A car or tire manufacturer might also share responsibility if there was a defect in the way a vehicle or tire was made.

Victims and their families can file a claim for damages against the insurance company of an at-fault driver or a business that is found to be responsible for an accident that causes injuries. The victim could have thousands of dollars in hospital bills built up and be unable to return to work to earn money to pay them. The insurance company should be held accountable for each and every cost of recovery. They should also be committed to getting that victim on his or her feet again.

Victims injured in accidents through no fault of their own shouldn’t trust their physical and financial recoveries to insurance agents. Insurance companies may offer to pay for your first night in a hospital and leave you to cover the care needed weeks later when you have an injury flare-up or require physical therapy.

Insurance companies should be held accountable for every hardship an injury victim endures. Talk to a Pinole Car Accident Attorney to find out what to watch out for when dealing with insurance adjusters. In an absolutely free, first consultation, you’ll also get tips on maximizing the compensation you’ll receive so you can put an accident and an injury behind you that much sooner.