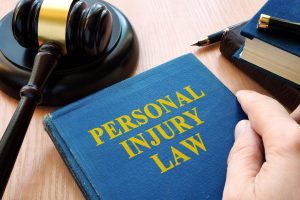 Suing The State Of California For Personal Injury

Home » Suing The State Of California For Personal Injury

Anyone hurt because of the negligent actions of another party may have a cause of action to recover damages in a personal injury lawsuit. However, if the party that committed the wrongdoing was the State of California, certain considerations arise. While you can file a lawsuit against a government employee, agency, or the government itself if any of them are responsible, the California Tort Claims Act regulates the filing of a personal injury claim against the State of California and its agents.

The California Tort Claims Act (CTCA) contains the concept of “sovereign immunity.” It states that the State is not liable for an injury caused by the government or any of its employees. However, the CTCA has various exceptions that allow victims who have suffered some harm at the hands of the State and its agents a way to assert claims and pursue money damages.

The California Tort Claims Act applies to all claims for civil liability or money damages. Any claim which is not “for money or damages” may not be filed under the CTCA. Cases covered by the Act include a large range of personal injury matters. Cases for motor vehicle accidents, slip and fall accidents, burn injuries, medical negligence, nuisance, and injuries while participating in sports at school are covered by the law and actionable in a California court. The CTCA may also cover breaches of contract and intentional torts. This Act is generally used for claims against teachers and school districts in California.

The CTCA applies to state, county, and local government agencies and departments, including city or municipality agencies. Under the Act, the government can be held legally responsible for personal injury damages in certain situations that include the negligent acts of employees and independent contractors. Other actionable scenarios include premises liability for dangerous conditions on government property, and the failure to carry out a duty imposed by law.

The entity responsible in a California Tort Claims Act claim is typically the government body responsible for the employee performing the particular duty which caused the claim to arise. It is important to remember that if you have a personal injury claims against the State of California and its agents, you must file a notice of your claim within six months of the injury or accident.

Any resident of the Central Valley who has suffered a major loss from accident, theft, fire, or some other calamity, may depend on Maison Law for the highest level of legal service in the Fresno and Visalia areas. Maison Law is located on W. Main Street in Visalia, about 50 minutes from the Fresno Yosemite International Airport (FAT). Pick up the phone (24 hours a day, 7 days a week and speak with a Maison Law representative. Our Central Valley personal injury attorney is here to help you! Call Maison Law at (559) 203-3333.