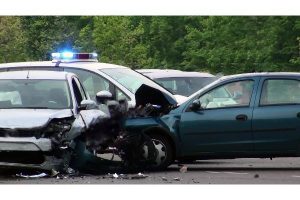 Driving in Santa Cruz County can be dangerous enough without motorists forgetting to show basic caution and concern for other drivers. Drivers can build up too much speed or drive aggressively and by proceeding recklessly take the safety of other people on the road for granted.

This negligence leads to devastating consequences for local drivers and passengers each year in Santa Cruz County. California’s Transportation Injury Mapping System (TIMS) monitors the state’s accident incidents each day. In 2020, they recorded a tragic 18 lives lost on Santa Cruz County roads and another 1,029 victims injured.

Overall, the county saw 822 traffic accidents for the year. Many of those incidents could have been avoided if a driver had stayed alert and avoided making risky choices on the road.

A traffic collision claimed two lives and left another victim badly injured Sunday night in southern Santa Cruz County. KION-TV reports the accident took place outside of Watsonville on Corralitos Road on May 30, 2021.

The California Highway Patrol says that two vehicles collided. Two men in their mid-20s to 30s were in one vehicle and were both tragically killed. The other vehicle was driven by a woman in her early 30s. She was rushed to the hospital and is reportedly in critical condition.

Investigators believe reckless driving caused the accident. They have not released if charges will be filed in the collision.

After a terrible accident everyone’s thoughts go out to any victims who are dealing with a serious injury and any families who have suffered the loss of a loved one. In either case, those victimized in a crash will have to cope with the worry and grief, but also the expenses that often target victims soon after an accident.

For families who have lost someone, a wrongful death claim can be filed against the at-fault driver’s insurance company. Families can face financial ruin after losing the guidance and financial support a loved one had always provided. A wrongful death claim can ensure the family doesn’t face the costs of a funeral and burial, emergency services fees, and estate settlement expenses alone.

For surviving victims faced with the enormous costs of recovery in an accident that wasn’t their fault, filing a claim for damages may be the best option. This claim would seek to earn support from the responsible driver’s insurance coverage. The insurance provider would be called upon to provide for every cost of hospital care and rehabilitation. The claim could also ask for reimbursement for lost paychecks while the victim misses work.

After an accident involving a serious injury or the loss of a loved one, contact an experienced Santa Cruz County car accident attorney such as Martin Gasparian for a free case evaluation.

Mr. Gasparian works closely with victims and families to make sure their rights as victims are respected. Insurance companies don’t consider the true cost of a tragic accident, but Martin Gasparian will hold them accountable for every hardship victims and their families endure.