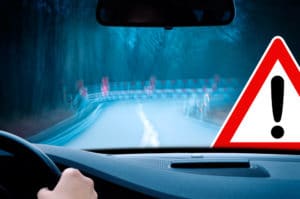 The two-lane highways cutting through the mountains of Santa Barbara County can pose unique dangers for motorists forced to proceed so closely to fast-moving oncoming traffic.  A single and double yellow line can be all that separates cars on curvy, steep grades.

One mistake by a distracted or careless driver can cause multiple collisions on either side and put vehicle occupants at risk of injury and, in the most tragic cases, the loss of life.

A man from Ventura was tragically killed in a head-on collision near Cachuma Lake in Santa Barbara County early Thursday morning. The Santa Maria Times reported the accident happened around 4 a.m. on Highway 154 just east of Cachuma Lake Village.

The California Highway Patrol says a 39-year-old man from Ventura was driving a Toyota car when he crossed over a double yellow line and struck a Dodge vehicle head-on. The Ventura man was pronounced dead on the scene.

The man in the Dodge, a 34-year-old man from Santa Barbara, was found trapped in his vehicle with a traumatic injury to a lower extremity. He was freed and taken to a Santa Barbara Hospital.

The investigation into what caused the crash continues. The CHP asks that if anyone witnessed the collision to please call the Highway Patrol Buellton Office.

Support for Victims and Families After Santa Barbara County Accidents

Head-on collisions can be devastating for drivers and passengers and these accidents can quickly turn tragic leaving families behind to mourn the loss of a loved one.

Families suddenly left without the emotional and financial support a loved one would have provided are allowed to file a wrongful death claim against the insurance company that covers the driver to blame. Close relatives can ask for help with funeral and burial costs, emergency response fees, and estate settlement costs.

Surviving victims who have been hurt through no fault of their own can file a claim for damages against an at-fault driver’s insurance provider. This claim can help cover the costs of medical care and any future physical therapy needed. This civil lawsuit is also designed to compensate a victim for the time they miss at work so they don’t fall behind on normal monthly bills like car and mortgage payments.

After a car accident involving a serious injury or the loss of life, contact Santa Barbara County attorney Martin Gasparian for a free and confidential consultation. Mr. Gasparian believes that victims and their families should work directly with their lawyer and only get advice that is in their best interest.