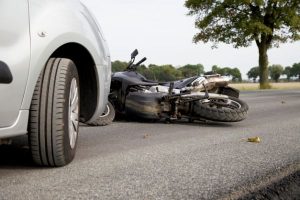 Motorcyclists know there are traffic threats around every bend in the road no matter where they ride each day.  Distracted drivers behind the wheel of much bigger and heavier vehicles present constant hazards, especially when they aren’t looking out for smaller profile vehicles sharing the lanes.

One of the most dangerous situations riders encounter is when an oncoming vehicle is preparing to turn left in front of them.  For some reason, drivers can miss seeing a motorcyclist coming straight at them and carelessly begin their turn.  The rider is often left with little time and room to avoid the vehicle now in front of them.

The National Highway Traffic Safety Administration found that 42% of motorcycle collisions in a single year involved vehicles turning left in front of the rider. The devastating mistake can seriously hurt a motorcyclist and in the worst instances claim the life of a rider.

A local motorcyclist lost his life after a collision with an SUV in Turlock Tuesday Morning.  The Turlock Journal reported the accident happened around 7 am on Albers Road near Yosemite Boulevard.

The California Highway Patrol says the driver of a Chevy SUV was in the center turn lane when it proceeded left in front of the oncoming motorcycle. The rider on a Suzuki motorcycle struck the right side of the SUV and was ejected from his bike.

The victim, a 44-year-old man from Turlock, was rushed to Memorial Medical Center, and later died from his injuries. He was wearing a helmet at the time of the accident. The driver of the SUV was not injured.  Investigators don’t believe drugs or alcohol played a part in the crash.

In the wake of a deadly accident, the family of the victim may be forced to take action to make sure the at-fault driver is held responsible for his or her error in judgment.  A family should be left in peace to grieve after a tragedy, but those loved ones will soon be facing doctor and hospital bills and funeral costs resulting from the accident.

California law protects families when they face an uncertain future after a devastating collision. They are permitted to file a wrongful death claim against a driver and his or her insurance. The civil lawsuit is intended to recover damages that unfairly target a family when they’ve lost a loved one.

If the case is successful, a family can be compensated for any hospital bills that built up before the victim passed away and any funeral costs. They can also be awarded money to replace the financial support victims would have provided had they lived and continued working. The claim can also provide money for mental anguish and the cost of grief counseling.  The loss of emotional support children and spouses would have received throughout their lives can also be a factor in compensation.

A family in these tragic circumstances is permitted up to two years from the time the victim passed away to file their wrongful death claim.

In the wake of a tragedy, the local attorneys with Maison Law don’t recommend a family wait very long to file a wrongful death claim. The more months that pass after a tragic accident, the more difficult it will be to gather evidence and other documents needed to present a strong case to insurance companies. An experienced Turlock attorney can help assemble these important details.

After an accident involving the loss of a loved one, contact an experienced Turlock wrongful death lawyer such as Martin Gasparian for a free consultation and case evaluation. Mr. Gasparian takes a hands-on approach to every case. He believes that every family should work directly with their lawyer, get honest advice, and personalized attention to detail their case deserves.