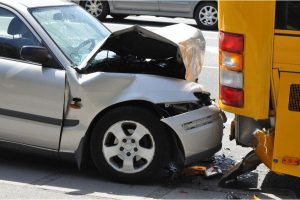 Getting an injury in a car accident can be painful and frustrating. The victim has to endure the accident, the emergency medical treatment, rehab and recovery, and all of this takes time from work. The last thing the person needs is to worry about how things are getting paid. Unfortunately, if the at-fault driver is driving a stolen car, it might jeopardize compensation.

A car traveling at a high rate of speed crashed into two cars injuring three people including himself on Monday, February 3, 2020. Police at the scene say that the car was reported stolen from a car lot and then ran a red light at W Blackstone Ave and N El Paso Ave. The car then struck two other cars and flipped over on its top.

The driver of the stolen car, along with both drivers of the other two cars, were all taken to a local hospital. Two suffered major injuries while one had minor injuries.

The problem is, when a stolen car gets into an accident, the insurance company for the car and for the driver will not pay for any injuries and damage to other vehicles. This can add to the victim’s frustration and anguish. However, there are options.

First, in a multiple car accident, if the driver of one of the cars that weren’t stolen is partially at fault, then California law might allow for some recovery of the victim’s injuries. Another option is if the injured driver or car occupant has their own auto policy with uninsured and underinsured motorist’s coverage, then they might be able to collect by making a claim against their own insurance company.

Reckless driving and speeding are often associated with driving a stolen car, and this means that the impacts in the collision are often more severe. This produces certain common injuries, and some of them are: