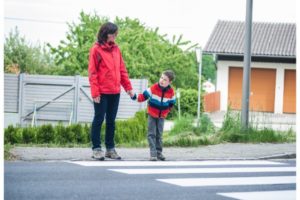 Pedestrians are the most vulnerable crash victims because they have no protection against a motor vehicle that can be over 20 times their weight and mass. Unfortunately, pedestrian fatalities are on the rise across the country even in small towns like Sanger.

The trend upward is a bit of an anomaly as the overall fatality numbers for auto accidents have been generally going down the last couple of decades. Safety experts aren’t sure why more pedestrians have been getting killed. One theory is that today there is a push toward getting out of your car and walk or ride your bike where you want to go and this puts more people on the road.

The Fresno County Sheriff’s Office says that a pedestrian was struck while walking in the area of 8th Street and Academy Avenue Friday night, February 21, 2020. Unfortunately, the pedestrian died of his injuries. Police arrested the driver of the vehicle on suspicion of impaired driving that caused a homicide. Police are unsure if the alleged impairment is drugs or alcohol and the investigation is ongoing.

Over the past few decades, the number of impaired driving fatalities have gone down substantially. Today, around 10,500 people die each year from drunk driving which almost half of the number of DUI deaths in 1985. This is impressive considering there are around 70 million more drivers on the road today than in 1985.

Injuries to a Pedestrian From a Drunk Driver

When anyone is on the road with a drunk driver, their risk of being injured goes up. This is because of the reduction in motor skill ability and the cognitive deficit that comes with alcohol or drug impairment. For example, when a drunk driver swerves, then overcorrect and then swerves again, any pedestrian walking along the road can be hit without having a moment’s notice to take defensive action.

This can lead to significant injuries and death. Some of the more common injuries that come from a DUI pedestrian collision are: