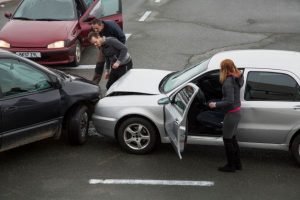 Alcohol and drugs impair one’s judgment and slows a person’s ability to respond and to operate a motor vehicle safely. Many times, these poor decision and reduced abilities become a factor in the deadliest type of crash, a head-on collision.

An allegedly impaired driver drifted into oncoming traffic near Dinuba early Thursday morning, December 26, 2019. The driver of a Kia crossed the centerline and entered the eastbound lane of Avenue 384 and struck a Chevy head on. All four people in the Chevy were injured with one passing away.

Police found a controlled substance in the Kia and placed the driver under arrest. He was seriously injured and taken to a local hospital. The condition of all four injured in the accident were not known at the time of this report.

Rural roads like those in Tulare County are the site of more accidents, deaths and injuries than urban roads, according to the NHTSA. One of the reasons for this is that country roads are often two-lane, undivided highways with a speed limit of 50+ miles-an-hour. When alcohol or drugs are added to these risks, the results can be devastating.

This means that when two cars pass each other from opposite directions, there are just a few feet of pavement—divided only by a yellow line—that separate the vehicles from a devastating head-on collision. There are many reasons a car drifts across the center line, some of the most common are:

A head-on collision is violent and causes serious injuries and property damage. The reason for this is that both cars hit each other in opposite directions adding to the force of the impact. Some of the most common injuries that come for a head-on collisions are: