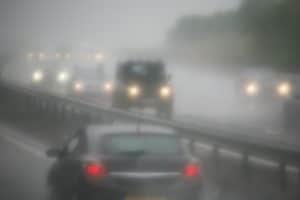 Pedestrian Safety in the Visalia Fog

Along with other parts of the Central Valley area, Visalia, CA is well-known for its dense fog, and for the multiple vehicle accidents that occur regularly in the town when fog rolls in. There are long stretches of roads going north and south between the Bay area and the LA area, that also branch into busy east-west arteries. This is a densely populated and well-traveled area nestled in a valley which literally acts as a ?bowl for fog, that keeps it from rising or dissipating as quickly as in other areas. When you are aware that you live or work in such an area, it behooves all parties involved to take responsibility for safe driving and movement during such a regular natural occurrence.

One of many pile-up incidents which happened recently, this one in 2017, involved more than 50 vehicles, with over 100 hundred people involved, most uninjured. In that particular fog incident, police were quoted as saying:

“Every single one of these collisions was caused by people driving too fast for the conditions. This wasn’t a single 50-car pile-up. This was multiple collisions separated by seconds or minutes? Everybody who thought it was OK to go 60 in the fog found out that it’s not OK? Unsafe speed was the cause of all of those collisions.”

To the point that California Highway Patrol takes the fog seriously, they use police vehicles to “pace” traffic when visibility becomes poor at 500 feet and less. The trouble is that once the accidents start happening in other places not being paced, and it does happen, those officers must leave to deal with them, and the two lane highway they worry about most is sometimes left without escort. This is exactly what happened in the above incident. The 50+ car accident happened after the CHP cars had to attend to outlying accidents. This puts the onus for staying in your lane and driving at safe speeds in fog directly on the drivers.

The town of Visalia has taken initiative to install various pedestrian safety enhancement in their busy downtown area crosswalks. Their website urges drivers and citizens to remember that “Everyone is a pedestrian.” This concern logically continues to address pedestrian safety during fog occurrences. There are things pedestrians can do to stay safe in the fog around roads, though they might be better advised to stay off the roads in fog when possible. Pedestrians are legally required to cross at designated crosswalks and intersections, rather than jaywalk by crossing between crosswalks. Otherwise, the Visalia PD enforces California state law which holds motorists accountable for yielding to pedestrians’ right of way during legal crossings. Drivers need to not only slow down around other cars on highways in the fog, but they need to take extreme care to watch for sudden pedestrian movement. This can be difficult, but your diligence can avoid devastating injury, property damage, legal trouble and a nasty liability claim for injuring another party.

If you are involved in an accident during a fog incident in the Central Valley and need to understand your options, The Maison Law Firm is not only local, but well-versed in various personal injury claims. If you have a claim or someone has a claim against you, we can do a thorough investigation, get the facts, and determine liability for the concerned parties and go from there to protect our client’s rights. Don’t ever hesitate to deal with your personal injury issues right away. Contact us immediately.